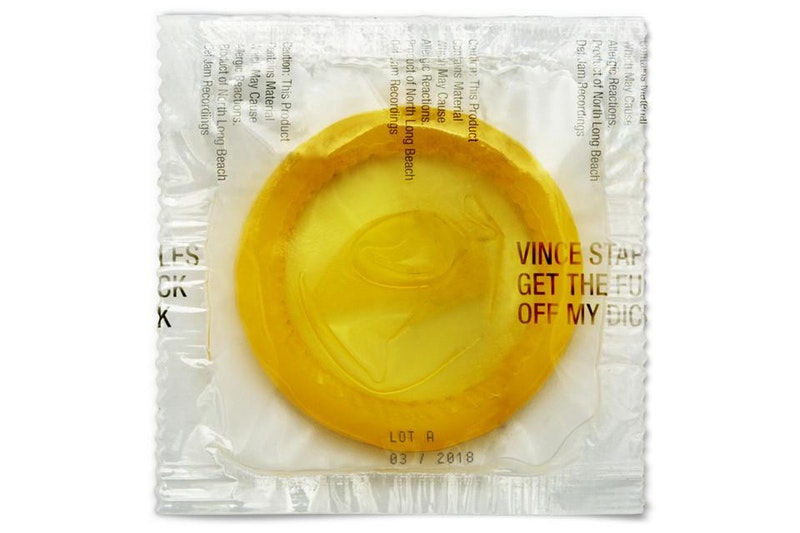 I was not that fond of Vince’s last album Big Fish Theory. Not so much to donate to his gofundme to stop him from rapping forever because of the negative reception to the electronic beats he chose to rap on. He used the gofundme as a genius marketing tool for the release o this single which I am happy to hear does not sound like house music and finds Vince going for blood. Listen below. 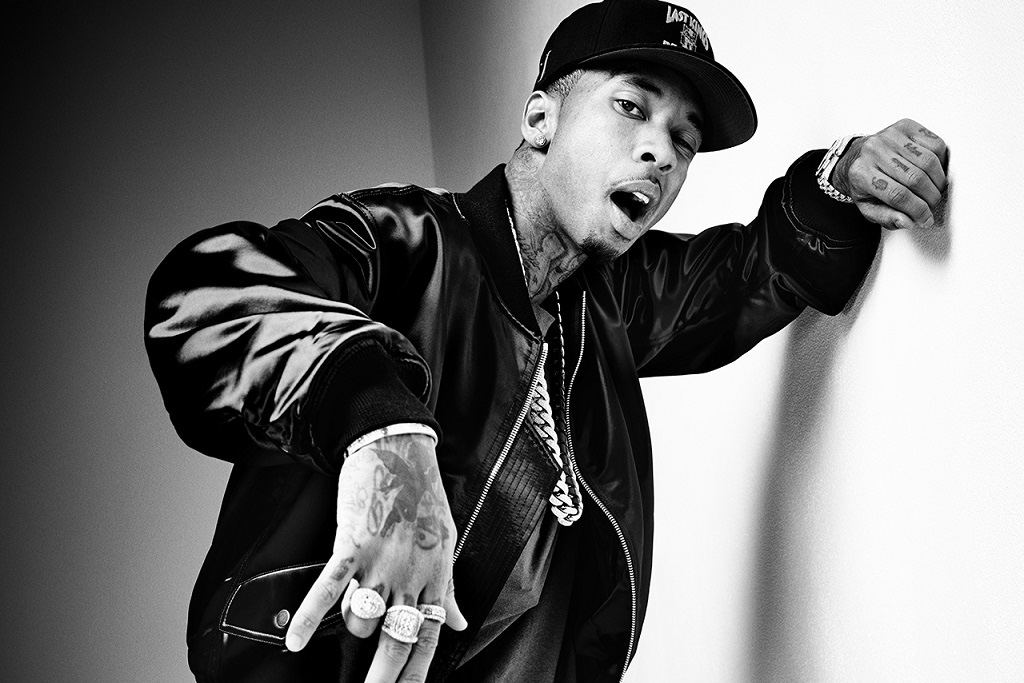 Tyga and Vince may seem like an odd pairing but if you know Vince he values the music that our generation grew up with. And if you are 25 and under you definitely remember the run Tyga had. Regardless of what you think of Tyga or Vince this song is straight drop. Listen below. 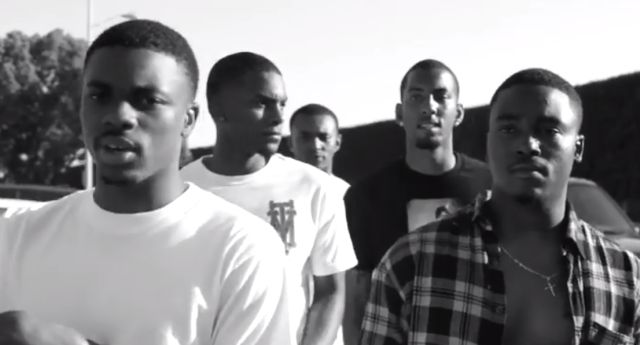 Joey Fatts promised to drop three singles yesterday and he comes through on his promise. One of the hardest records of the 3 pack is the Vince Staples assisted “562”. This joint is just another dope demonstration of the cousins chemistry. Listen below.

Ferrari Fatts has been on tour with Cutthroat label mate and roommate Dsavage, but today on Twitter he decides to get the engine for his own music running again, by letting fans know he is dropping three singles. I am most exited for whatever the song “562” brings as it features one of my favorite rapers and Joey’s cousin Vince Staples, as well is produced by Supah Mario who was behind one of my favorite tracks from More Life “Ice Melts”. Tomorrow should be fun. 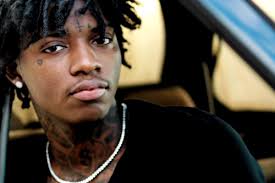 SahBabii is my newest discovery and one of the easiest picks I had to make. Today’s rap fan welcome biters with open arms and SahBabii has the current Atlanta style of rap mastered. 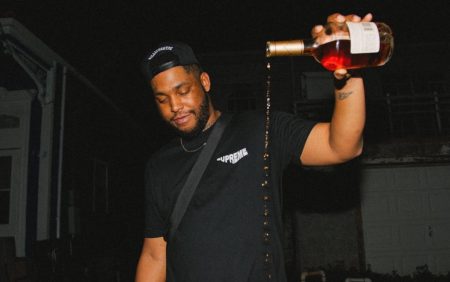 Key is sure to make waves in 2017 as one of the leaders of Atlanta rap culture. His new project Live Slow Die Old will surely propel him to the next level.

Many would say Rich has already blown but he has yet to get the honors he has been vocal about wanting like the XXL freshman cover. I see him and Dex getting the cover this year, pushing them higher in the ranks.

Vic is already on a pretty high level having gone on tour in Europe with Beiber and being signed to RocNation, but 2017 is the year his debut album Traffic is supposed to be released a project I have been anticipating for years. Theres Alot Going On was strong but Traffic is sure to be Vic’s first true classic. 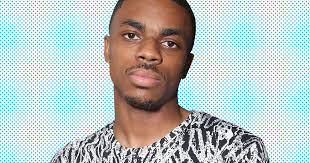 Vince has already teased the public with his new hard hitting single BagBak, and an equally as hard album is sure to follow this year. Having Vince on this list is like, duh.

Astroworld is the third album by La Flame, and is set to be released in 2017. Don’t really need to explain why you should pay attention to this guy.

Joey has been making major moves already by establishing artists for his budding Cutthroat Records label. His next project is called 562. Catch Joey and Dsavage together on the At Your Neck Tour. 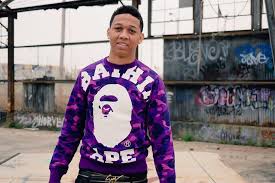 Bibby is poised to drop Free Crack this year and singles “You Aint Gang” and “Thought It Was A Drought” are promising precursors to the project. Bibby will be around a long time and should always be paid attention to.

Bibby vs Herb was a common argument that was had in my neighborhood when they first came into the game. I was and still am on team Herbo and in 2017 he should help me shut up the opposition. Herbo has the collab tape with Bibby No Limitations, the collab tape with Southside Swervo, and finally his debut album executive produced by the legendary No I.D Humble Beast. 2017 is Herbo’s year.

Nav is one of the few of today’s current artists to keep a shroud of mystery around him. This mysterious allure causes millions to flock to his Soundcloud whenever he drops anything. I’m sure the results will be the same if not way bigger when he drops the tape all produced by Metro Boomin this year. 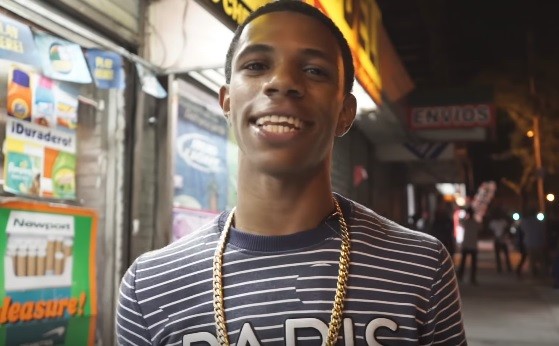 A Boogies music is simply undeniable. It’s just too good. Those who deny him are lost in their Bone’s/Lil Peep, pit of despair and need to wake up.

Da$H and RetcH have some of the most potential out of the entire East Coast. Da$H is dropping Loose Skrew this year and built excitement with the grimy video for the single “Grade A”. You have to pay attention to anyone that Yam$ was trying to put on.

Similar to the Herbo vs Bibby argument, I had the RetcH vs Da$H argument with many, and I have always favored RetcH’s style. Since being released from jail RetcH has been fucking up the road on tour and if his IG snippets are any indication, his new tape 1UP is going to be crazy. Another one of Yamborghini’s disciples.

Uno is supremely confident in his rapping ability and the quality of his music. In a recent interview on No Jumper he stated “I think I’m one of the best rappers out, Im a clever muhfucker”. I agree with Uno’s statement and have been listening to multiple records like “What”,”Stomp Em Out”, and “Rackades” non-stop. Uno is going to t’up in 2017.

Dsavage is one of Joey Fatts young boys signed to Cutthroat Records. He just dropped “I Know II” and it got over 1million plays in just under 35 hours. Dsavage also has a mysterious tape to be released in 2017. Until then I can still listen to Tendencies 10x in a row.

Well this is kind of a no brainer. Carti is signed to Interscope and his unofficially leaked music gains as much buzz and talk as if he was letting stuff go himself. This kind of ravenous fan base is what is going to propel Carti to the next level.

Kodak Black is going to be one of the next big rap superstars. He is cut from the Ross, Gucci, Jeezy type cloth. If you don’t see Kodak being around for at least 10 years your dumb.

There isn’t another rap group out like Divine Council. ICYTWAT, $ilkmoney, Cyrax!, and Lord Linco (Free Carvell Smoove) all bring something special to the group that combines to become some of the most exciting and actually new rap music to come out in a long time. Andre 3000 doesn’t just do songs with people who aren’t going to be around for at least a few years.

I have recently been sitting with Maxo’s two latest projects Maxo 187, and The Persona Tape. After listening to these extensively I have realized that Maxo is also one of raps next big names. The man is like the internet generations response to the Swisher House era and his music, style and persona trumps those niggas ten fold. 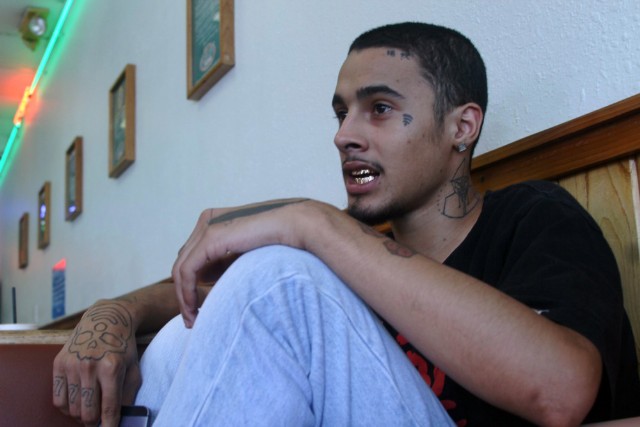 Wifi has already been making waves this year with his last tape When Hell Falls. He talks on that tape about how XXL had been giving him motivation to go harder in order to make the Freshman cover. Hopefully Wifi uses this motivation to churn out an even greater project and officially solidify him as a very popular entity.

Ski and X are two of my favorite artists out right now and they are pioneers to a whole new sub genre of hip hop. Ski’s enigmatic personality and hilarious bars (when I’m in that pussy bitch I’m tryna break ya vertebrae) will help him and X build a cult fan base and give them longevity in the game.

In an era of clones being shamelessly accepted and promoted as “new” artists X is one who actually has a different take on rap music. Wait till X is freed and the video for Look At Me drops. No more talking will have to be done.

There are a bunch of guys I left off, and could have been switched with others, I don’t get paid for this yet so please spare me.

You ain’t neva heard of Coldchain?

Vince drops off the record  BagBak that his cryptic tweet and Instagram post pointed to. The highly energetic and bouncy electronic beat has Vince in a celebratory mood as at the end of the song he repeats “We on now”. Listen to the slapper below.